Leonardite is an organic matter associated with lignite that has not yet completed the process of transformation to coal. This differs from the humidified peats because they have higher degree of oxidation.

Jiloca Industrial, JISA, uses first quality Leonardite for the formulation of all its fertilisers with humic and/or fulvic. In fact, Leonardite is the raw material with the highest percentage of humic substances

Among Leonardite differences with respect to the rest of products with humic substances, the main one is the high bioactivity of Leonardite through its molecular structure. 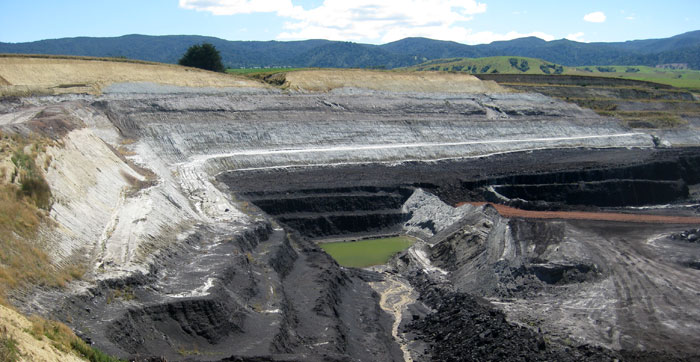 It should be noted that it is called Leonardita, becuase a humic acids form found exclusively in North Dakota. It is named in honor of Dr.A.G. Leonard, the Geological Survey’s first manager of the State of North Dakota and first scientist who studied their substance’s properties.

How was Leonardite formed?

It all starts in the Paleozoic coal age, about 280 million years ago.

The large and juicy vegetation existing in what is today North Dakota was destroyed and carbonized, but in that process rich organic juices were squeezed, originally forming shallow lagoons that where carbonized, giving rise to the Leonardite.

The fibrous mass became coal, on the top of which a thin layer of Leonardite was formed. Through millions of years of formation, Leonardite has been subject to all kinds of physical and chemical actions, as well as microbiological, to reach its current form.

As this is an organic matter in the process of mineralization, there are currently mines of this product in different parts of the world, always associated with coal mineralization.